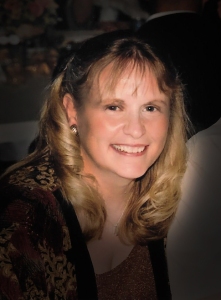 Would you like to jump in a ship and fly to the future?

For as long as she can remember, Diane Gronas dreamed of a world where amazing inventions made the impossible come true. A place with flying cars, talking robots, castles, fountains, and trails to explore. Growing up with an art professor for a father, taught her to draw and write about a place that existed only in her imagination. The study of illustration and her search for the perfect Cinderella tale bloomed and grew into a coming of age adventure on another planet far in the future. In Starseeker: The Flower of Tamaroon, Annie dreams of dancing at a royal ball but also dreams of finding her missing parents on the mysterious lost planet of Tamaroon. A warm planet with abundant food that would save her people who will soon perish in a returning ice age that will last forever. Annie will learn to make the difference that will save them, but will it be in time.

Diane is a graphic artist and graduate of Miami University School of Fine Arts. She worked at a graphic design studio in Cincinnati and taught design, photography, drawing and painting at a public High School. She often spent summers on camping trips to national and state parks west of the Mississippi and has a family of four children. Writing courses and membership in several critique groups led to the completion of her first book in 2014. She and her husband currently live near Cincinnati, Ohio.